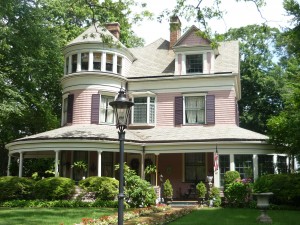 Victorian houses are architecturally commonly referred to as the Victorian Style but this “style” is really a period in history. The Victorian era roughly corresponds to the time when Queen Victoria ruled Britain (1837 to 1901). During this time, industrialization brought many innovations in architecture. There is a wide variety of Victorian styles, each with its own distinctive features.