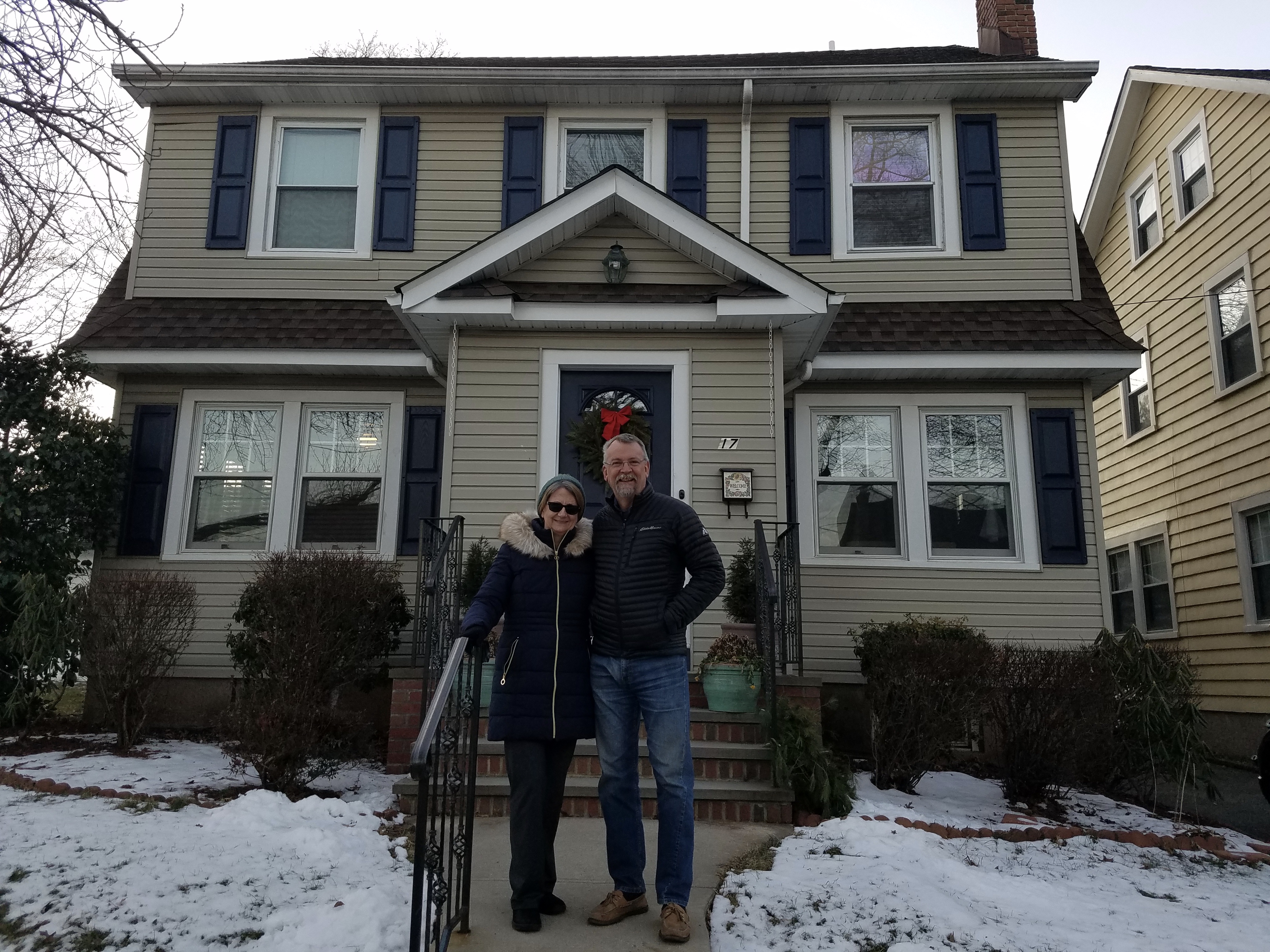 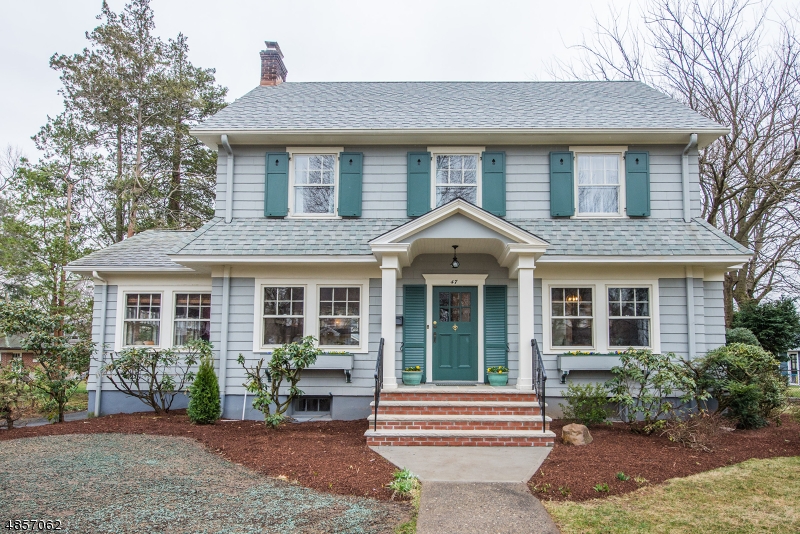 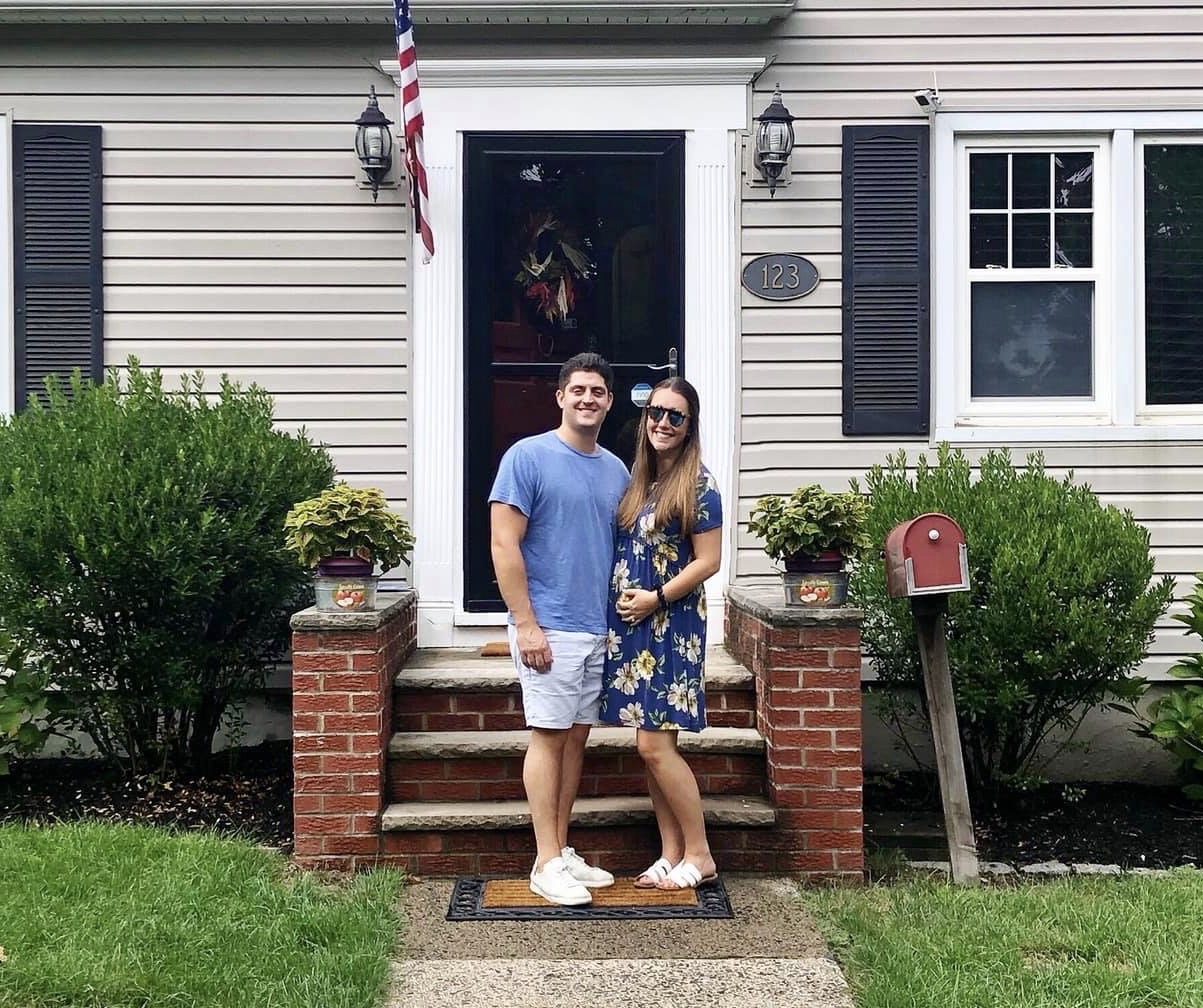 Rachel and Tom just celebrated their one-year wedding anniversary last September and had their first child in December. Rachel was born and raised in Washington, DC and Tom grew up in Brooklyn, NY. Both went to college in Boston and when they graduated, moved to NYC to begin their careers -- Rachel in sales & marketing and Tom as an accountant. Last August, they left their 1-bedroom apartment in Chelsea and moved to a 3-bedroom home in Montclair, NJ.

We explored several neighborhoods in the area and decided that Montclair was the place that we wanted to start our family. We fell in love with the downtown area and all of the villages throughout the town. We love the history and charm of all the homes, and we had heard nothing but great things about the people and the schools, which was really important to us. We also picked it because of the close proximity to Manhattan and have since found that the commute is very manageable.

We love how walkable the neighborhood is and have really enjoyed exploring Upper Montclair village and all of the restaurants this town has to offer. 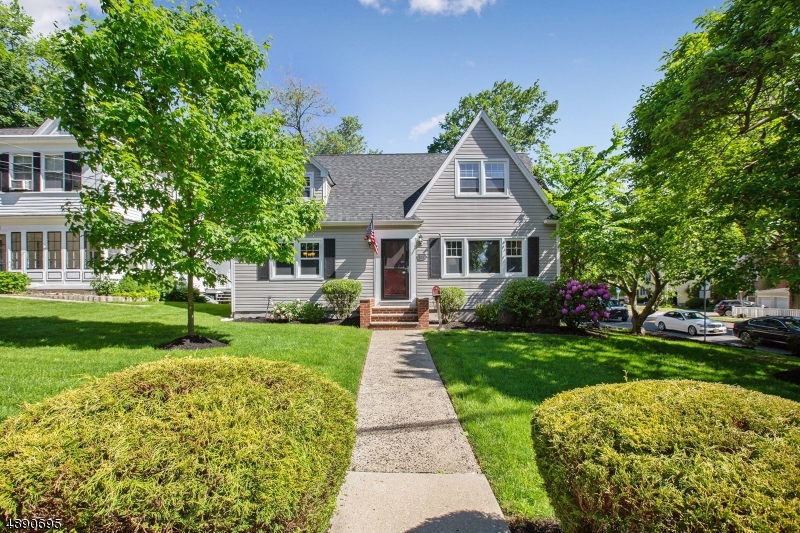 Before we got pregnant, we knew we wanted to buy a house, but in our minds, we had a longer timeline. The pregnancy definitely expedited the process. We were slightly nervous that the home buying process would be very overwhelming and stressful; since we had been renting an apartment, there were a several things we had to learn about home ownership in general. There were also times we got a bit discouraged that we might not find something in our budget in the neighborhood we wanted, but in time, we ended up landing on the perfect home in the perfect neighborhood and we couldn't be happier.

We’ve found the move and transition to be fairly easy and were so pleasantly surprised with how seamless the process was. This was thanks to Lina, who we’d met at an Open House. She made the entire home buying process so enjoyable for us. We had never worked with a real estate agent before and didn't really know what to expect. She was so patient, answering all of our questions, and, as first-time buyers, we had a ton of questions. All along, she was a calming and reassuring resource. We always felt like she had our best interest in mind and never felt pressured. We are so grateful for her guidance and advice and would recommend her a million times over! 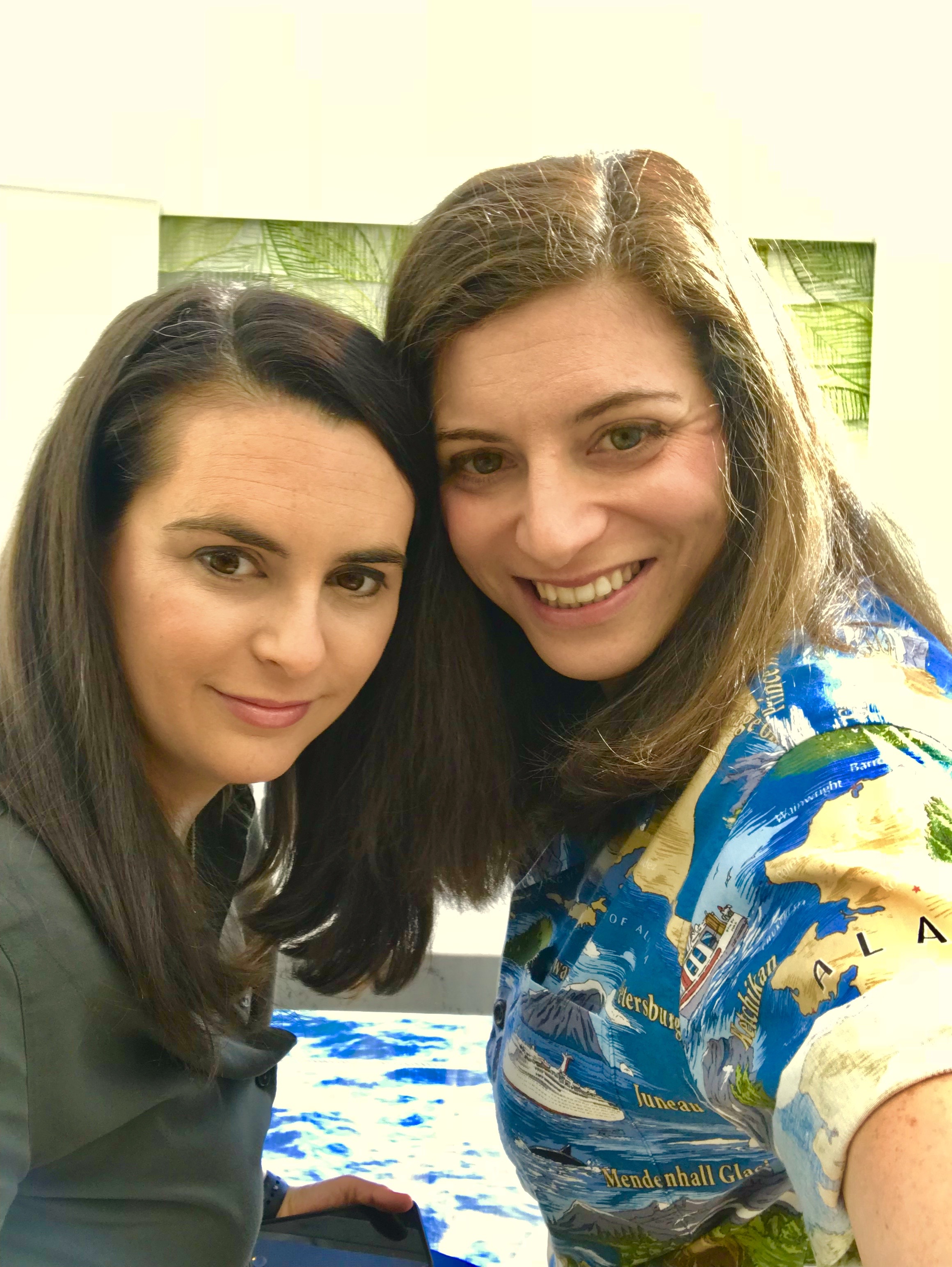 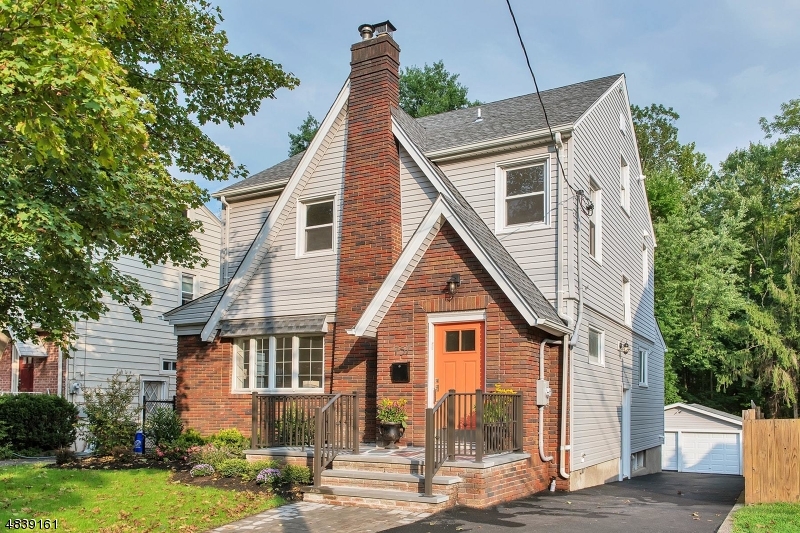 Rebecca works in a Brooklyn-based consulting firm and Dave is a freelance musician. They were living in an apartment in the Kensington section of Brooklyn with their dog, Jersey, for 7 years. In February 2019, they moved to Maplewood and into their first house. 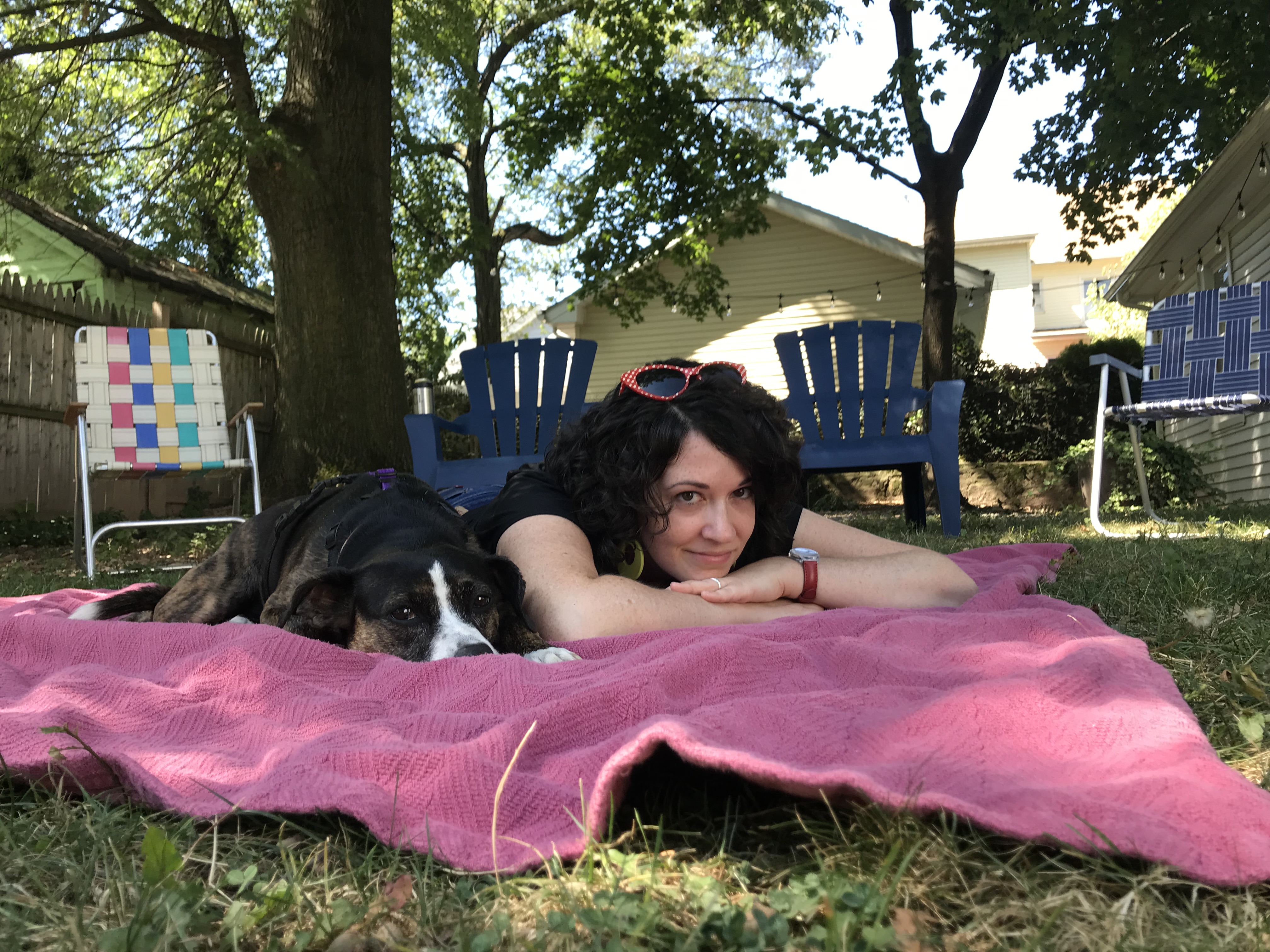 After years of renting, Dave and I decided we needed more space. We looked at towns that were on the train line, relatively close and affordable, which ruled out most New York suburbs. I grew up in Edison, NJ and, in my mind, all New Jersey towns were like that – kind of bland suburbia. I know it seems crazy, but I didn’t even know New Jersey had cute, fun towns like Maplewood.

I love walking Jersey around town, with all the trees and greenery. (Coincidentally, we named our dog Jersey long before we ever moved here.) I now work from home four days a week, and there’s a coffee shop that I can walk to from my house, which I love. We both love Maplewood’s downtown, and it’s been easy to become a part of the community. I joined the planning committee for our block party, which was a great experience. We didn’t have anything like that where we lived in Brooklyn. 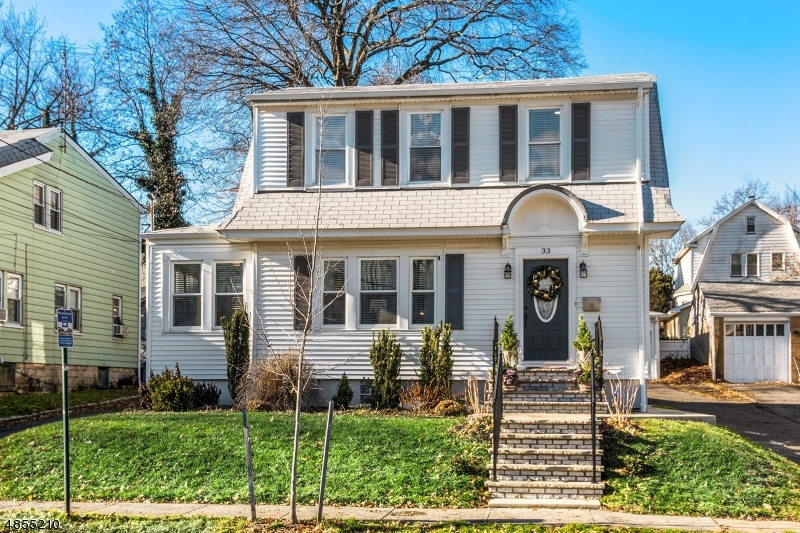 As first-time buyers, we knew very little about the process of buying a house. When you have no clue what you’re doing, it can feel like you’re constantly jumping through hoops. Lina was this extremely knowledgeable presence, guiding us every step of the way. She kept us on our deadlines. She knew what to do when, who to hire for what. She is frank and direct and completely no BS, which we both really appreciated. If not for her, we would have thrown up our hands.

I didn’t realize how great it would be to have jitney service to the train. We could walk, but it’s a long walk, especially if it’s raining. Dave is super psyched to have a driveway where he can now easily load all his equipment for a gig. I think the biggest surprise, though, was how easy the transition was. It felt like no adjustment at all. We moved in, and we were like, ok, we’re home.