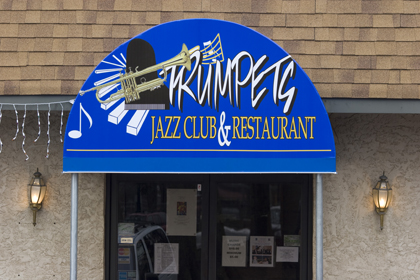 Montclair has been a popular destination for people coming from the city – New York City or any city – for a long time. But unlike most commuter suburbs, Montclair offers certain benefits that make the transition very easy.

Here are the top 5 things most of my clients are looking for – and find! – when moving from a big city to a suburb.

1. Train and Bus Lines into the Nearest City

People who work in New York City have access to inbound and outbound trains throughout the day from 7 different stations. There are also trains to Hoboken. Two bus lines can take you to Port Authority almost hourly, with pick-ups throughout town. Access to both train and bus means even the occasional transit delay (sadly, that’s a reality) can sometimes be averted by simply going for a bus rather than a train, or vice versa.

Montclair is a very walkable suburb, however, sometimes traveling by foot is not ideal. A bus runs through town, however most people rely on Uber, Lyft or local cabs if they don’t want to drive. In fact, I know a few people who have downsized to a single car for the family and now rely on bikes or cabs rather than pay insurance for a second car.

3. Able to Walk to Restaurants

I would estimate that half the homes in town are within a 15-minute walk to a restaurant. That’s because there are so many distinct shopping hubs throughout Montclair. There are parts of town where walking is easier, and that’s part of the beauty of this town: there are plenty of choices for people who want a completely walkable lifestyle as well as for people who crave a bit more seclusion.

4. Nearby Entertainment and Cultural Events

There is always something to do here. There’s a big music scene -- from Outpost in the Burbs shows to Jazz at Trumpets, from concerts at the Wellmont to bar bands at Tierney’s. There’s a great movie theater and additional screenings from Montclair Film. There are live performances – local theater, opera, improv, and Montclair State University's Peak Performances series, which offer world renown dance and music in an intimate setting. Yogi Berra Stadium is also located at the college if you want to catch a baseball game. And the public library hosts a lecture series that’s often standing room only. All in town!

5. Close Enough for Friends to Visit

We are only 12 miles (as the crow flies) from midtown. Friends can take the bus out on weekends (or the train to Bay Street), or they can drive from most of Manhattan in under an hour. My New York friends still consider a trip out here like “going to the country.”